All I can say about this one is, "Thanks Casso!". I saw a couple of photos he'd taken on Stand Up Zone and realized that he had found the angle that I was looking for. Next thing I know I'm cutting off the FCS tab from the factory supplied Go Pro FCS mount and sanding it flush to the base. The flat face of the Kialoa Shaka Pu'u made a perfect mounting spot. All I did was whip up some five minute epoxy and in a few minutes I was ready to start blasting off photos. Here are few of the better ones I nabbed this morning: 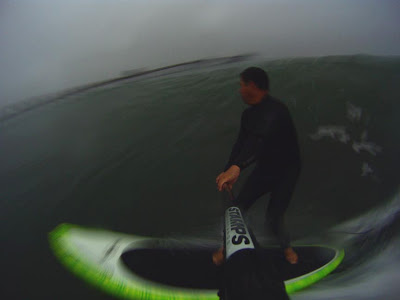 Photo: Early morning, still a little dark and a bit overcast. There were some fun ones out there- high tide walls, lefts and rights. 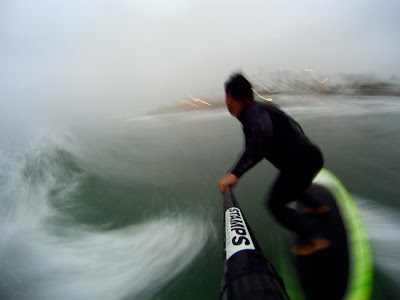 Photo: I ended up shooting in the "2 second" mode by accident. I thought I was shooting video but I must have pushed the wrong button a couple of times. It's a happy mistake though, I'm digging these shots!

Photo: Half way through a round house cutback, trying to push my back arm all the way through it to bring it all around. It's cool how the slower shutter speed blurs everything that's moving in the frame- it's a great effect... and totally unintentional. 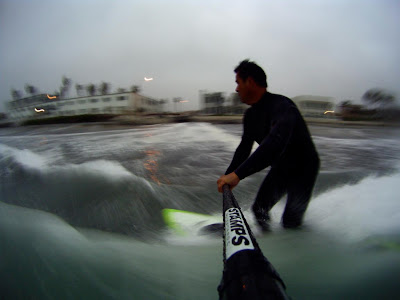 Photo: Running down the line on the far inside of the sand bar. I'm so jazzed on this little camera! I've already been thinking about how I'm going to change the angle of the camera on the mount and where I want to place it when I'm doing different things on the wave. I can see that I'm going to be preoccupied for a little while!

The camera mount snapped off the paddle blade after my third wave (bad timing too, my fourth wave was a couple feet overhead and was a real screamer). On inspection it seems that the epoxy didn't form a bond with the mount. I probably should have roughed that part up quite a bit more. I've already modded up a replacement mount (zip ties are amazing) and I'm locked and loaded for tomorrow morning. I'll keep you posted.
Posted by John Ashley at 8:10 PM

Thanks, I tried the tail angle and with the camera flush to the deck you didn't get much of a "down the line" view. Also, you had to jump down before a set came and turn on the camera then jump back up on the board and try to catch something.

In my opinion this angle is it! I'll post more about the mounting mods I made and hopefully there'll be some surf tomorrow. Can't wait to get out there with this thing again!