The switch has been flicked- stand up paddle season in the Sea of Cortez is on! Sounds crazy I know, but there are waves hundreds of miles up into the Sea. When the winds blow norte (that means Santa Ana for you and me), it means they've come from Arizona all the way down the Sea of Cortez. That's a fetch of close to a thousand miles, enough to get some swell moving from North to South and in a few spots it's actually surfable. 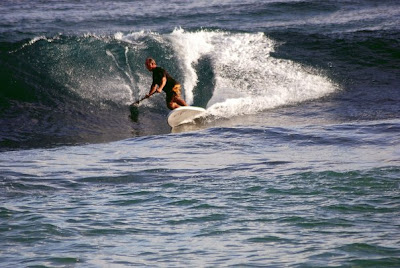 Photo: You know Kunta? Everybody knows Kunta. Kunta Kills It.

I know what you're thinking, this is a "sometimes spot" a close-your-eyes-and-pretend-that you're-on-a-real-wave type of deal. Well, I'll let you be the judge. Check out the shots. The guys down there tell me that it's a legit wave. And, of course, a stand up board makes it even better. In fact, the crew that hangs there all winter is stand up paddle crazy. Check out these photos sent to me from down south. It's Opening Day, Shrooms style: 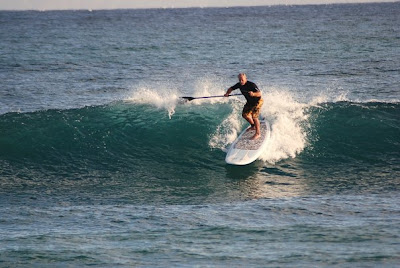 Photo: Looks like a G-mac to me. Lots of boards are making it down south these days- especially when made-for-standup spots like this are being opened up in the frontier lands. 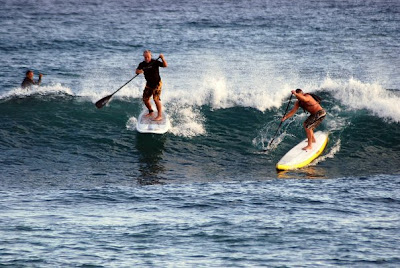 Photo: Three's a crowd at Shrooms. I'll be down there for three weeks of stand up paddle trips and for the La Ventana Classic hosted by Palapas Ventana... hopefully Shrooms will do its thing. Yep, I've got a 10' Stamps stashed down there for just this type of occasion.
Posted by John Ashley at 6:24 PM