I'd already paddled once today. So really, I didn't need to get back in again. But it was just such a nice day and I had spent most of it doing chores around the house, hadn't I?

I ended up spending the day sweeping out the board room, mowing, edging, trimming and weeding all around the house. I pruned all the hibiscus plants and peeled a couple fronds off the king palms. It wasn't until just before sunset that I was up checking my telltales. North-Westerly palm tree? Still. Not a leave moving. South-easterly bamboo? Nope. No wind there either. Things were looking good so I looked over at my dog... 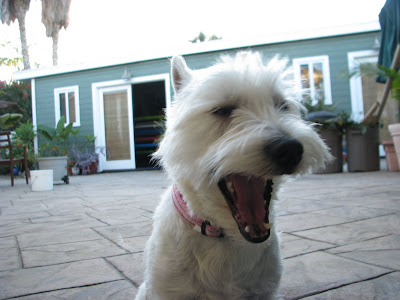 Lilly gave me the go-ahead signal, so I jammed over to the board room... 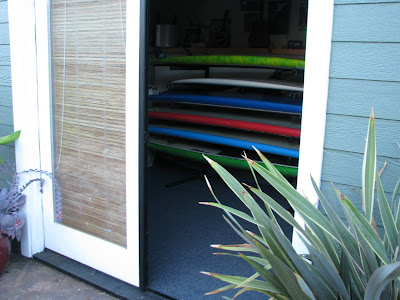 The place looked cleaner than usual. Anyways, I grabbed my 9'4", which is pretty much my "go-to" board, no leash needed, and threw it over my shoulder. 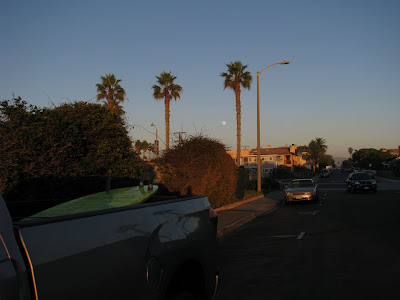 I hopped into the truck and jammed down to the beach. The moon was out already- shiny and coming up fast in a crystal clear sky. 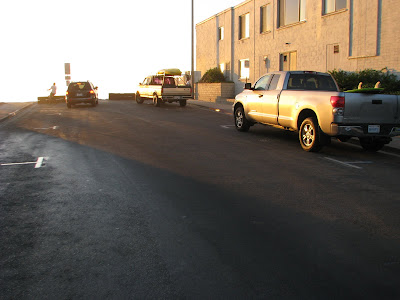 Since it was getting close to sunset, there were plenty of parking spots and a couple of people at the street end checking the surf. 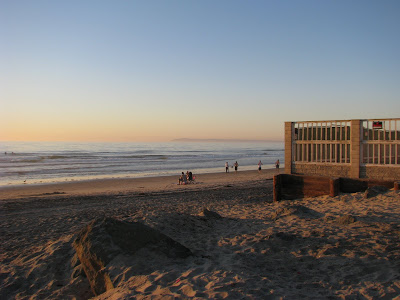 There were even people on the beach playing football. I parked and ran down to check it out. I'd paddled at 7am, so I knew the surf would be tiny- I was hoping it would be glassy. It was. 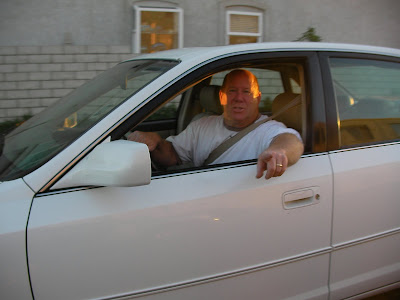 You're always going to run into somebody you know when you pull for a surf check. This time it was Gary Trieschman heckling me about stand up paddling... ha, ha, ha funny guy. 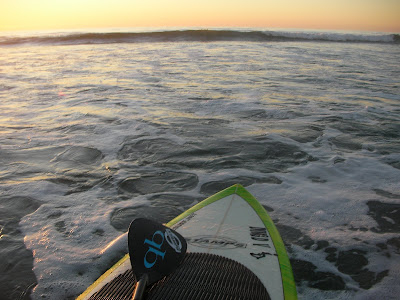 Sunset was coming quickly so I pulled on my trunks and wiggled into my long-sleeved paddle jacket. Nothing like partially skinning it on a small board in semi-chilly water to wake you up and make you feel alive. The water looked nice and glassy, so I pushed through the inside dumpers and hopped up on the 9'4". 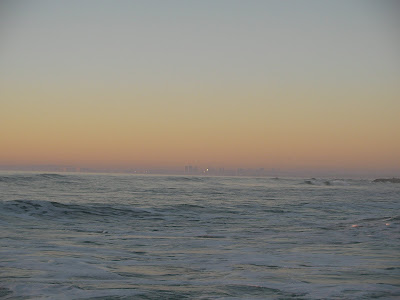 Looking north I could see the ugly condos that line the Shores in Coronado- can't believe they let those developers pull that one off. Those buildings look like they've got permanent scaffolding hanging off of them. Unbelievable that they are like a million plus bucks each... but then again, you're waterfront with the whole Pacific spread out in front of you. But... even that doesn't make them easy on the eyes- they truly are fugly. 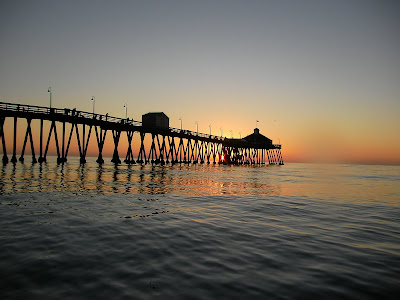 Looking south I could see the pier and the sun quickly dropping right behind it. I headed that way, grabbed a couple waves next to the pier and paddled on through to the south side. 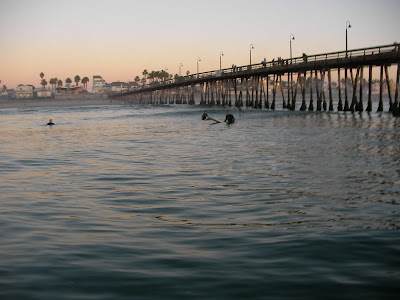 These guys were hanging out trying to surf the little left bumps that were coming through. It was super small. I paddled up to see if I knew any of them. Nope. I kept paddling south. 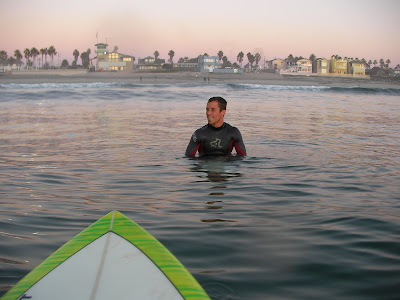 On the south side I had better luck. Dane was there surfing the rights that were coming through. Surfing small waves makes you a better surfer and Dane's got it down- homeboy rips 'em. 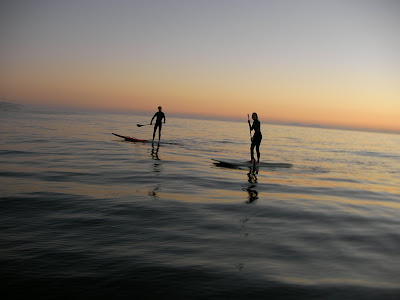 Speaking of rippers- paddling in from way out off the pier was lifeguard Hans and his friend, who I will call "Hot Girl". Second time paddling for Hans and first time for Hot Girl. Hans is stand up paddling the lifeguard rescue board. I think it's a Mickey Munoz Ultraglide done up with rescue handles and lots of orange paint. I remember paddling with Kelly Kraus three years ago- his first stand up was an UltraGlide. The board's like 26"wide and it was super tippy back then. Not so much now. I traded Hans and caught a couple waves with it- amazing how much more balance I have now. 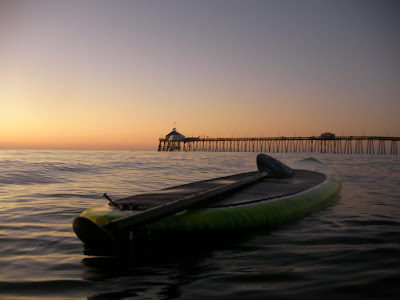 It was getting dark fast and everybody was heading in. Staying out after dark is creepier than watching Hefner lay a wet one on one of the blondes; I was resolved to head home. I snapped this one right after I fell off- creepy. 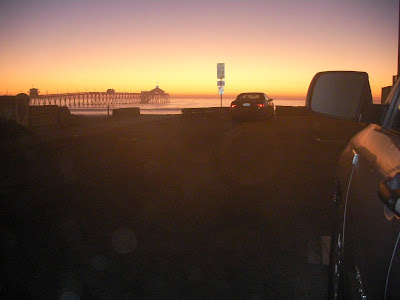 Heading back north I cruised back through the pier and caught one wave all the way to the beach. It was a close out and I had to angle in front of the whitewash to make it back to where I started paddling from but it was good enough for me. I let the fins hit the sand, jumped off and walked it back to the truck. Oh yeah, I snapped this one right before I went home.

Talk to you guys later.
Posted by John Ashley at 8:53 PM

Johnny Boy, as usual I came to you looking for a smile on a tired damp friday morning in Byron Bay. Thanks for this story, it brought back great memories of sunset glass offs in Cali and I was right there with your journey - fantastic writing and I can't wait to see your first book! I hope you hit your favorite taqueria on your way home to cap off a perfect day...Your pal, Junk