Stoked to hear from my friend and pro stand up paddler Sean Poynter. It turns out that Sean's been up to some serious gnarlyness- stand up paddling into some mackers down in Puerto Escondido at the Central Surf Pro. This contest, limited to stando surfers, is held at Puerto's infamous Playa Zicatela. Zicatela translates roughly into: "Go ahead and paddle out gringo- I will f&%# you up!".

Seriously, this isn't a place that you just show up to thinking you're going to score a Stand Up Journal cover shot. This spot takes preparation and experience. I suggest filling your washing machine with warm water, crawling in, putting it on the spin cycle and closing the top. Now breath hold in there for three or four minutes at a time. In about a year, you'll be ready for Puerto's dredgers. Seriously, get caught inside here and you'll change your underwear along with the way you look at life. 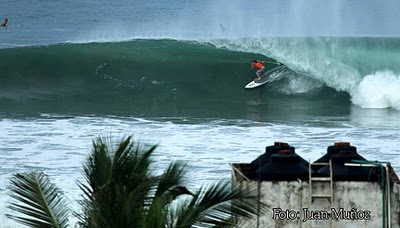 Poyntee's definitely got the know how- he was a traveling pro surfer before he figured out that the act is meant to be done with a paddle in hand. Here's how it went in Sean's own words:


Hey John,
Got back last night from Puerto. There turned out to be some really good waves, pretty sizable. Since missing the winter in Hawaii due to an injury, I missed my intake of big waves. Going into the event in Puerto I was hoping that the waves would show. I wanted to get a little redemption for the missed winter. I was going too long without being scared. I had a couple moments in Puerto, there's nothing like it, makes you feel alive. 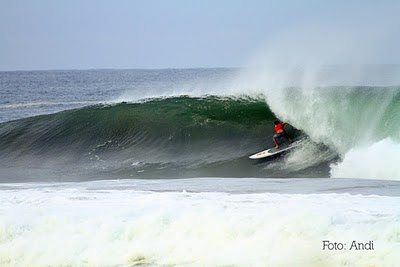 It was a completely new experience. There were a lot of first's for me: first time to Puerto, first time surfing a stand up on waves of that size, first time going for real barrels on a stand up and my first time on the boards I was surfing. I'm stoked how it turned out. I ended up with a second place result, with some good waves under my belt and a couple of even better beat downs. 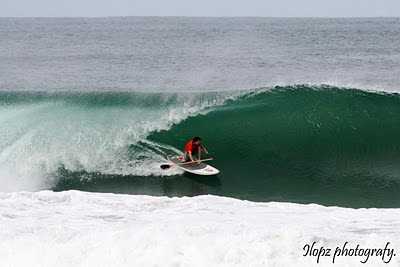 The format was really cool. You surfed two three hour sessions. The first was on Friday, the next on Saturday. The results were determined by the highest total the scores from the best wave from each 3 hour session.
Three hours sounds like a long time, but in conditions like that it was a necessity. The reason being you can't paddle out where the good ones are breaking, you would have to catch a ride down to the harbor and then make a 10/15 minute paddle to the breaking waves. Since leashes were not used, whenever you fell or caught a wave and got caught inside you would end up losing your board, so the whole process of catching a wave took some time. 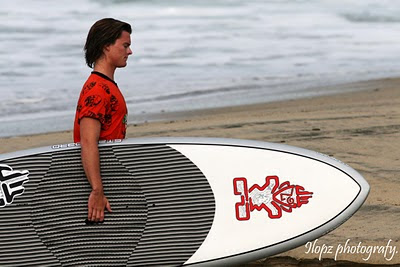 To say the least, the event was killer. I'm stoked I had the opportunity to be a part of it. Big thanks to Angel from Central Surf Shop who put it all together, the judges, the locals, the lifeguards, and the competitors for giving it their all. 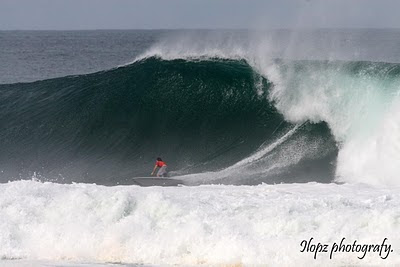 I'm looking forward to competing in the event next year. I'll be back in San Diego tomorrow night, let's try and catch a surf. Hope all is good.
Thanks John
And, no- I would NOT have paddled out into that!  Congrats, Sean!
Posted by John Ashley at 10:49 PM

Can't wait to hear more about it.

2 thumbs up to sean.. for chargin' those waves after a big wave layoff due to injury....great photos too....