Here's a killer little sequence of Pro Bodyboarder Manny Vargas getting a sweet little barrel a couple of mornings ago. It's kind of funny how this worked out.  I was just walking the beach with my camera hoping to get a couple of stand-o shots when I saw this peak rolling through- instinctively, not knowing who was on the wave, I just held down the button.

My camera does a lot of things well- firing quickly in sequence is not one of them. I think this camera fires a shot every 1.2 seconds and each time a shot is taken the view finder goes black- it's a tough one to use for sequential shots. After looking at the photos I realized who it was- stoked to know it was my buddy Manny: 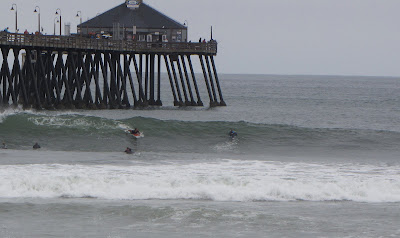 Photo: Notice how wide you have to scratch to get into the right spot on these south swell sweepers- the wave tends to run down the line much faster than you think it will. 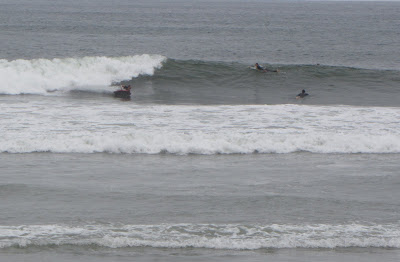 Photo: This a couple frames after the take off- it was a long wave and up to this point Manny was basically bobbing and weaving through sections. After the wave Manny told me that, "it didn't look like it was going to open up like it did". 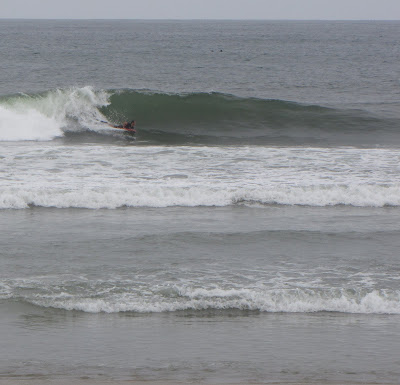 Photo: The inside section here usually squares up to the beach and closes out but on this one there was just enough angle and the bottom shallow enough for it to open up into a nice little running tube. 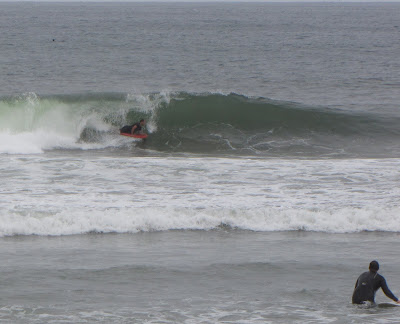 Photo: It's so killer how that little mushy left slide just feels the bottom and opens up- Manny's in the perfect spot. How's that little "chandelier" falling right in front of him? 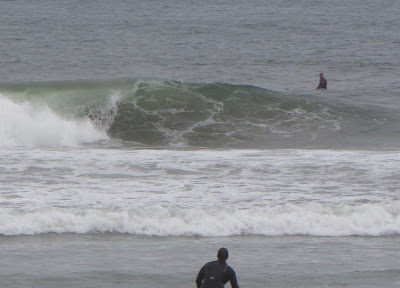 Photo: Just behind the curtain... 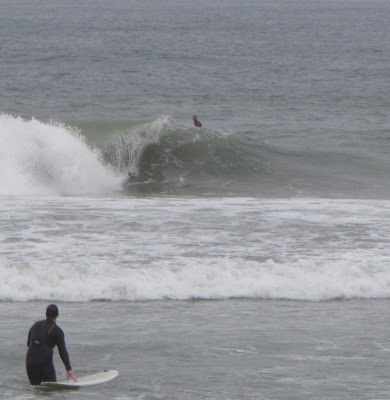 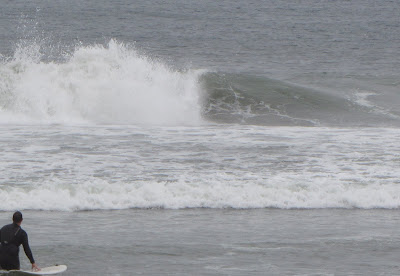 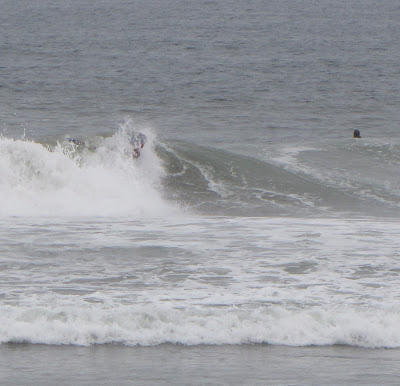 Photo: And, bam! Manny throws an el rollo as he comes out (so he comes out of the tube riding the lip upside down...!). 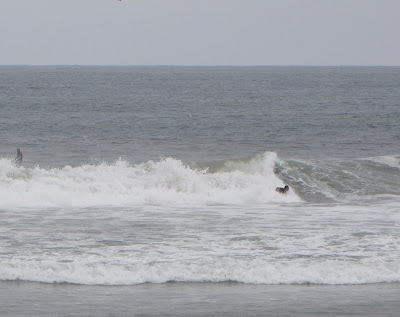 Photo: He actually bottom turns out of this little section and keeps working the wave ending it with another air maneuver. Stoked for Manny on this one.
Posted by John Ashley at 5:00 AM

Oddly enough I was out surfing during this time at the pier and saw this wave! This was a sweet wave. The guy in the forefront is Chip S., a great surfer and good friend.