I just had a nice chat with Emerald City's Vicky Carson- one of the original south bay stand-o women. It turns out that Vicky just got back from an extend excursion to the old country- a trip she decided to spice up with an inflatable C4 stand up board. She was stoked on how it all worked out... I was stoked by some of her shots. Check 'em out: 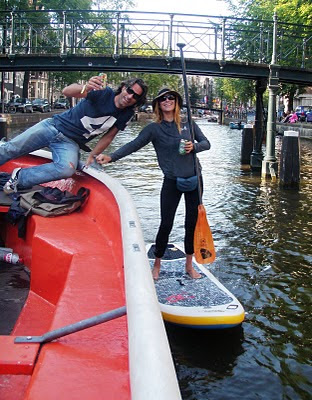 Photo: Here's our girl in the canals of Amsterdam... note high-tech, electrolyte replenishing, re-hydrating sport drink in Vicky's hand. Evidently, if the Dutch think you're doing something super cool (like paddling a stand-o in their canals) they reward you by handing you a beer. Yes. 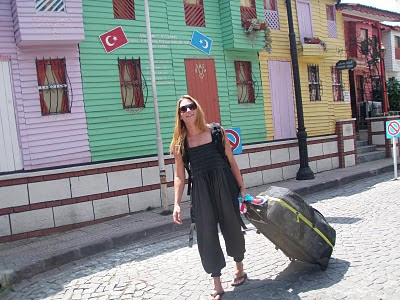 Photo: So this was Vicky's travel rig.... there's a board, paddle and pump in one of her two bags. I'm not a big fan of the inflatos but I can understand the convenience. Vicky told me that this C4 inflatable was a super improvement over the other air bag boards out there- maybe there's a test paddle in my future. 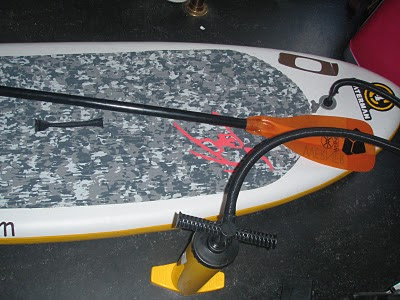 Photo: "I'll huff and I'll puff and I'll blow your board up" Here it is- Vicky said it was killer. This one is an 8'1 iSUP Sub-Vector it can float up to 160 lbs and inflates in five minutes. 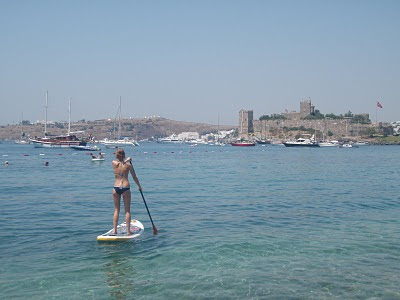 Photo: How's that.... castle in this photo (easy guys)... this is Vicky's sister paddling in Turkey. Vicky told me that the water was so clear you could see a hundred feet down to the bottom from the middle of the channel. I told Vicky that this photo alone is going to get me a thousand hits. 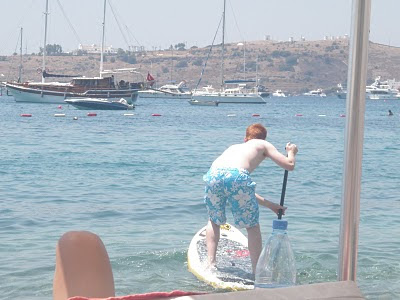 Photo: This one's titled, "World's Whitest Human Being". You ever peel the two black sides off an oreo- then break the white middle part in half? That inside middle part- that's how white this guy is- but he's having fun... let's just hope he's sporting SPF 100.
Thanks Vicky for the killer photos. Look up Vicky's Facebook page at supcoronado.
Posted by John Ashley at 8:41 PM