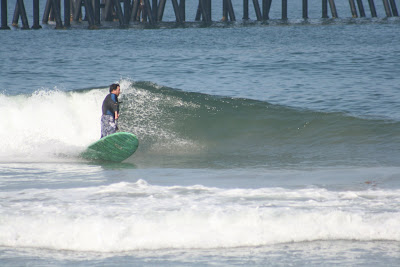 At 7:00 this morning I had never been so happy that just ten minutes ago two guys with hangovers came into my backyard and yelled into my window to wake me up. They said it was pumping, but what do two guys (one of whom passed out, basically) who were still partying at 3:00 am know about the surf conditions? Apparently a lot!! 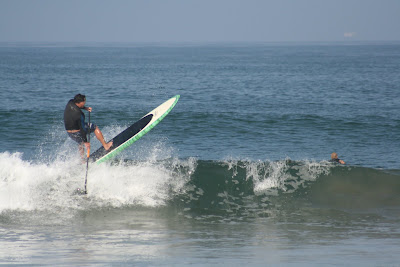 I had more fun this morning than I have had in a long time. Right when I paddled out was the time to hit it. For the first 30 minutes of my session there were only a handful of guys out and I caught perfect left after left, after left, after.... Well you get the picture.


Three hours later I was beat and all smiles. Great session! 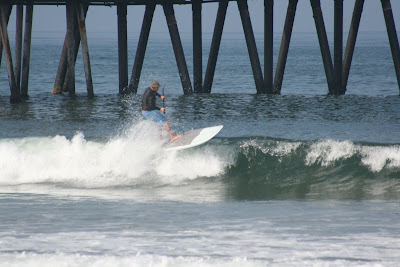 Jeff Neu was out there with a new board and a new paddle he picked up at Isle. As you can see Pinky got some good ones out there on his new quad fin (more to come on that soon). 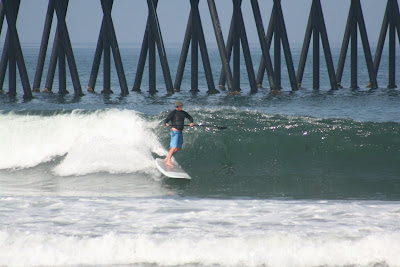 I am going to try to head over there today and post up some details.

Stand Up Paddle Surfing Lessons in San Diego are in full effect! We've taught more people in the last three weeks than May, June and July combined! Don't miss your chance to learn how to stand up paddle surf while you're here in San Diego. We've put over a hundred students onto boards- you could be next! Email (paddlesurfbaja@gmail.com) or call (619 213-6622) for availability.
Posted by Chad at 1:10 PM