Mainland Mexico: And the point out front was child's play compared to this...

We thought our home point was fun- but we'd heard that there was another spot that would make our wave look stupid in comparison. Evidently, within thirty minutes of where we were staying was another wave that was at least five times better than our front yard run.

A friend described how to get to the spot for us. The directions were surf travel classics:"take a left at the pile of burning garbage, then a quick right at where you see the two old men sitting down, if you drive into the river you've gone too far..." literally. Incredibly, those directions were right on the mark and after only a few minor detours (left at the burning garbage, not a right at the running chicken!) and one stop to ask a local, we found this: 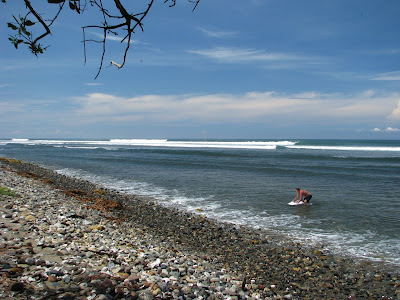 If you think that wave is really that long, you're right. It is. And not only long, but fast and grunty. Our home wave could be described as a long board wave, this was definitely not a slow and go situation. What you got here is reverse Trestles, it's Lowers going left. Here's SK working his way out from a four hour session, picking his way through the little cobbles, thankful for the absence of urchins. 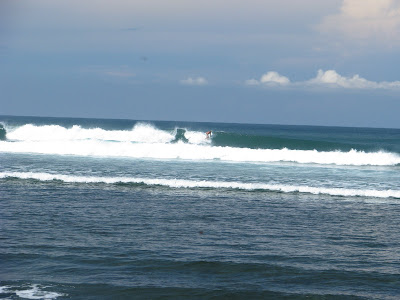 Here's the perspective from the bottom of the point, under the shade of a big Popoyo tree, sipping an icy Pacifico, waiting for la senorita to bring you your Huevos Rancheros. Oh yeah, didn't I say that there is a little enramada at the bottom that knows just the type of fuel that surfed out wave riders require? Yep, almost too good to be true. And yes, hours slip by blissfully as you sip cold ones and dream about waves ridden and days still to come... 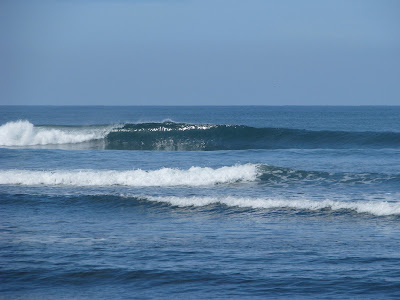 I guess a professional photographer would critique these shots like this: "Mr. Ashley shows an inability to produce context in his images and is uniquely skilled at the elimination of perspective in his compositions". But I guess us dumb surfers know a good thing when we see it because everybody who looks at this photo and the next says the same thing, "Dude, how hot is that?" Which is both a descriptive expression and a question simultaneously. And that's good enough for me. I speak that language. These two photos are the end section of what is now my favorite wave. 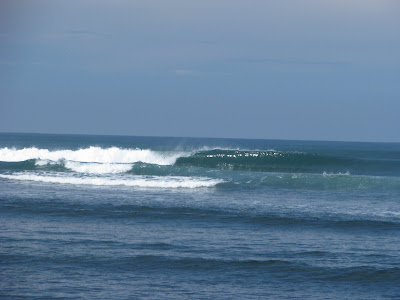 Jump on the stand up paddle surf bandwagon! Come take stand up paddle surf lessons with us in sunny San Diego. We've got a great spot to get you out and paddling safely and successfully. Learn the voodoo trickery of higher order stand up paddling. We're all about hands-on learning and guess what? There's no test at the end of the session! Give us a call at 619.213.6622 or email me at john@paddlesurf.net
Posted by John Ashley at 5:52 PM