Well, it's here. I heard rumors that the forerunners of this down under swell were showing up at the pier. Unfortunately, I couldn't get myself away from business to run down and check it out. When I finally got there, near sunset, the tide was bottoming out and that south was smacking the shit of the shallow bar that's formed up over the last few weeks. Here's what I saw: 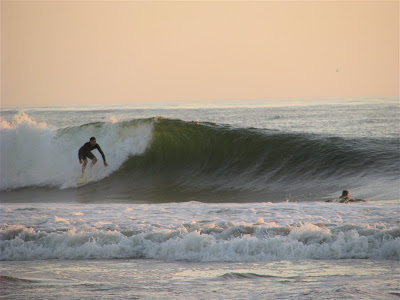 Talk about setting up a barrel- Ross here has got it dialed. This wave is breaking in about a foot and a half of water- I didn't even think about paddling out on my stand up- I had visions of getting my teeth knocked in Cheateux-style. So I pussed out and just snapped some pictures from the beach. 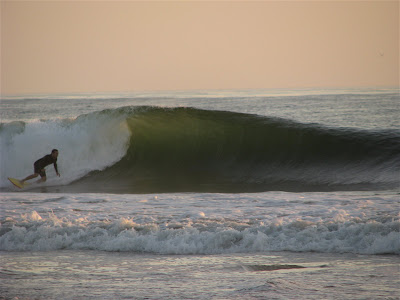 Off the bottom, into the flats with plans for that meaty little wedge just ahead. 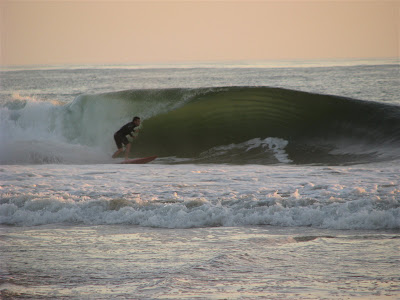 A little bit of a drawn out bottom turn to scrub some speed and then a... 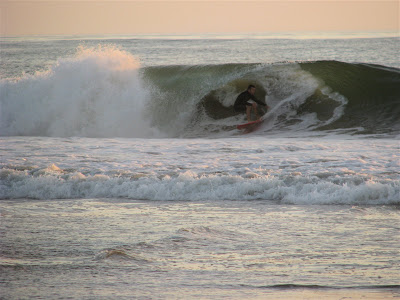 hard snap under the lip to set up the tube... this guy's obviously ridden a few barrels in his time. 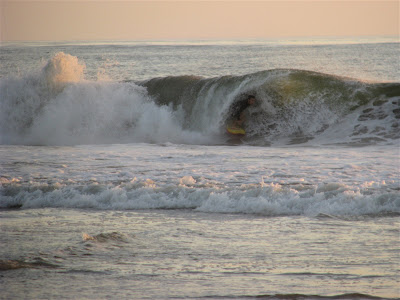 Go ahead, you put yourself there might as well PLUG THE HOLE. There's a lot to be learned from watching the hot short board riders out there. I always take time to check out the mechanics of what they're doing on a wave.

I've tried to snap my stand up under the lip but haven't quite gotten it figured out yet- with all that board hanging out there, I usually end up getting sucked up over the falls wondering if my 9" Flex fin is finally going to puncture my spleen. There are definitely dues to be paid when you start playing around with the tube. You've entered the guillotine zone and most of the time it's just a matter of time before it catches you in the head. But tube riding is where it's at and it's only water, right?

Stand Up Paddle Surf Lessons in sunny San Diego! Give us a call: 619.213.6622 or email john@paddlesurf.net Fun and fitness- let's get out and paddle!
Posted by John Ashley at 8:49 PM

Only water, a 28lb fiberglass anvil, a 9inch cleaver and a 10ft noose.