Keep your ears peeled, your going to be hearing a lot more about this kid. Sean Poynter rides a 6'6" Starboard stand up called "The Impossible" and it's not a gimmick- the guy rips the shite out of it. 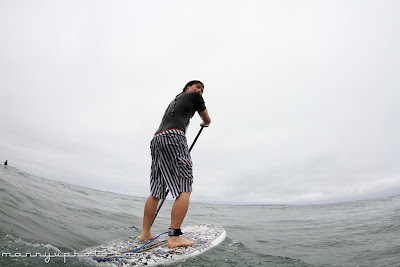 On our recent Northern Baja run Sean showed up with his little tadpole of board, paddled out and on his first backhanded wave, went straight upside down, punching the lip twice right in front of me. Legit turns, like nothing I'd seen done before on a stand up board. 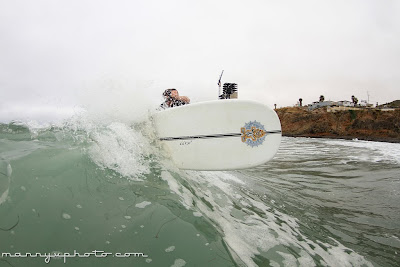 Photo: Just in case you forgot the dimensions on Poynter's board, just click on the photo.

Manny Vargas (MannyVphotos.com) was there to shoot our sessions- he'll be doing the same for stand up paddlers coming down on our Northern Baja stand up trips a little added service for those of you willing to charge uncrowded surf. Check out some of the water shots he grabbed of Sean doing his thing: 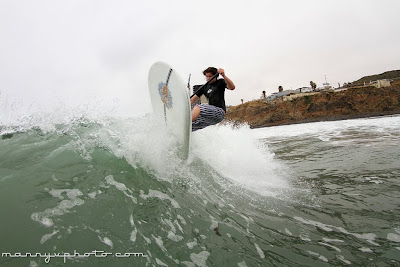 Photo: So Manny's shooting with a wide angle lens. This means that he was in serious jeopardy of taking that rail to the grill.... but he got the shot. 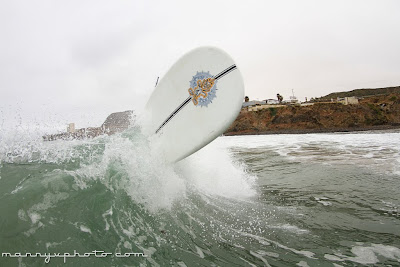 Photo: A little forehand snap on a little stand up board. The young guys, like Poynty here- bring a whole new set of skills to the stand up table. Tail whips, busting fins loose and above the lip antics are nothing new to them- and they're eager to translate it all to the world of paddle surfing. 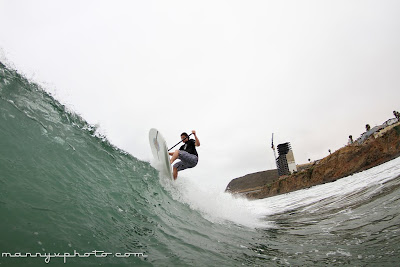 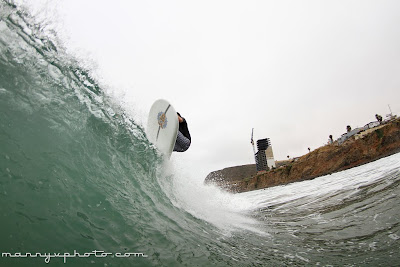 Photo: Above all, Sean Poynter's a nice guy- let's do it again Poynty!


All photos courtesy of Manny Vargas (www.mannyvphoto.com). Manny's booked on all Northern Baja SUP trips and will shoot your stand up paddle sessions.
Posted by John Ashley at 11:03 PM