Here's a bunch of photos from this year's Dempsey Contest (all photo credits to Jeff Wallis): 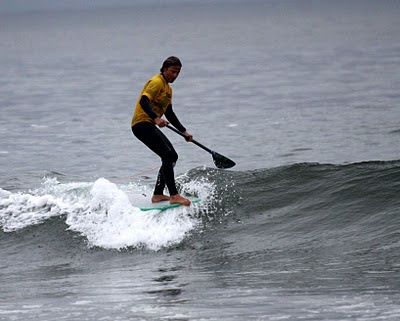 Photo: Kristy Murphy posted up on the nose... that's five legit toes over. 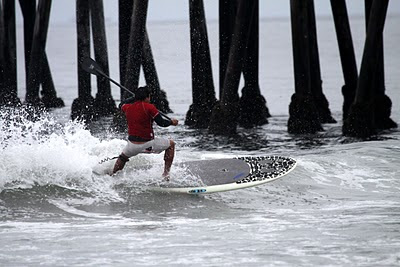 Photo: Art Curtis surfed his way into the Finals. 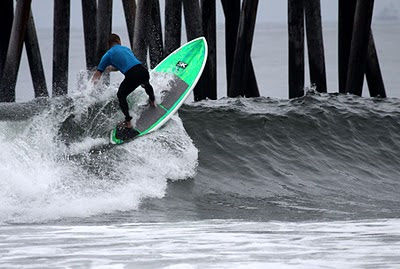 Photo: Kiwi launching into the lip in a sketchy spot. The southswell was pushing through the pier all morning, if you blew the landing there you might end up wrapped around a piling- he pulled it. 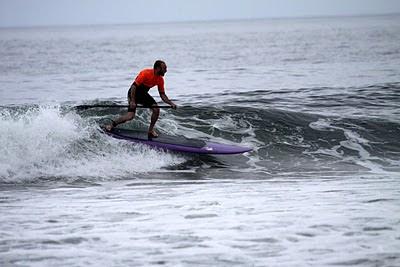 Photo: Ross McBride, the eventual winner of the SUP division, on the end section of a nice, north side left-hander. Evidently, these guys scored killer, head high left hand peaks for their heat. 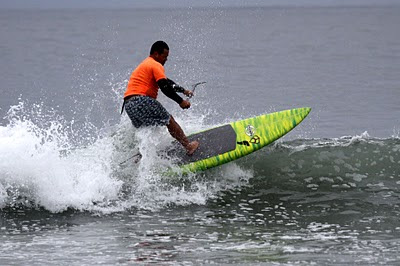 Photo: Hey, that's me! I was happy to hit the lip- even if it was a micro-lip. We had pretty dismal conditions on the south side. 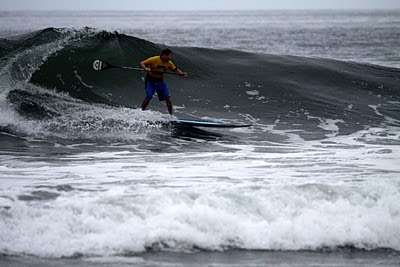 Photo: Matt Bagby, scoring a fun north side wave... how fun does that look! Matt made it into the Finals and did really well. 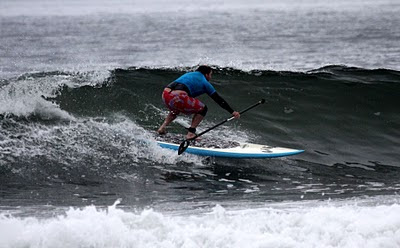 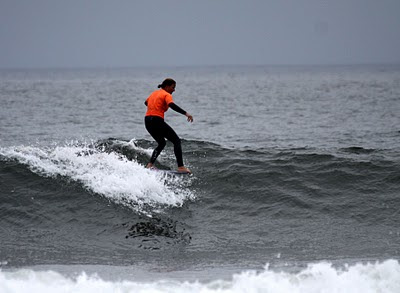 Photo: Kristy Murphy again- not on the stando but killing it nonetheless. Rad.
Posted by John Ashley at 7:30 PM